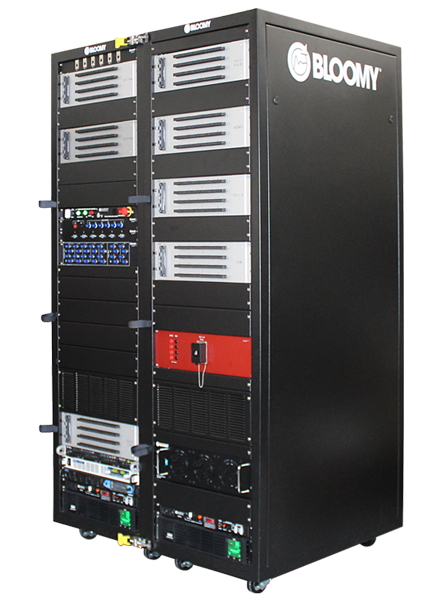 With the increasing complexity of airborne electronic controls, design and test engineers of commercial and military aircraft can no longer afford the time or expense of developing custom, proprietary simulation systems for critical electronic control systems. Because Bloomy’s new simulation systems are based on its open and standard Simulation Reference System, airframers and system suppliers can jump start their test system development efforts and reduce cost and development time, while still retaining the ability to add their own proprietary knowledge and expertise to the design and test of the systems as needs change and standards evolve. The reconfigurability of these systems also provides reusability of systems across programs and through multiple phases of development.

“These simulation systems have been in development since 2015, and we’ve already deployed over a dozen systems with thousands of I/O channels at major aerospace and military aircraft manufacturers,” said Peter Blume, founder and CEO of Bloomy. “Our industry experience combined with standard COTS products from leading suppliers including NI, Virginia Panel and The Mathworks results in lower lead times and reduced total cost of design and test of aircraft systems, yielding faster development cycles for airframes and systems.”

A key element of the Bloomy Simulation Reference System is NI Switch, Load and Signal Conditioning (SLSC), which offers the following benefits to design and test engineers:

“We have collaborated with Bloomy for the past five years on the development of SLSC modules and the architecture of HIL test platforms,” said Luke Schreier, vice president and general manager of Aerospace, Defense, and Government Business at NI. “During that time several major airframe manufacturers have successfully deployed these test platforms utilizing Bloomy’s HIL test systems expertise.”