Programming Bloomy’s 1553B C-Series Module may now be performed using LabVIEW Real-Time, without the need for complex FPGA software development. While the FPGA remains an available resource, the new driver largely eliminates its use for most common automated test applications. The new Real-Time driver is much more intuitive, functional, as well as higher performing. New capabilities include:

Note: this initial release of the 1553 Real-Time Driver Software is considered a Beta release because certain performance benchmarks, rigorous testing and documentation are not complete. However, we find it to be exceptionally useful and therefore we encourage its use with the caveat that data reading and writing throughput may not be adequate for certain highly deterministic software simulation applications we have not tested. Please report any issues via our Request Support webform.

The following three LabVIEW source code examples illustrate a few of the capabilities of the new 1553B Real-Time driver software. Please note that all these are available as thoroughly documented examples within the driver.

Figure 1 is an example of configuring a single 1553 component (one 1553B C-Series Module) with all four available operations. Configurations for a Bus Controller, two Remote Terminals, and one Bus Monitor are built into an array and supplied for use. The FPGA object provides the means for communicating with the 1553B C-Series Module directly. 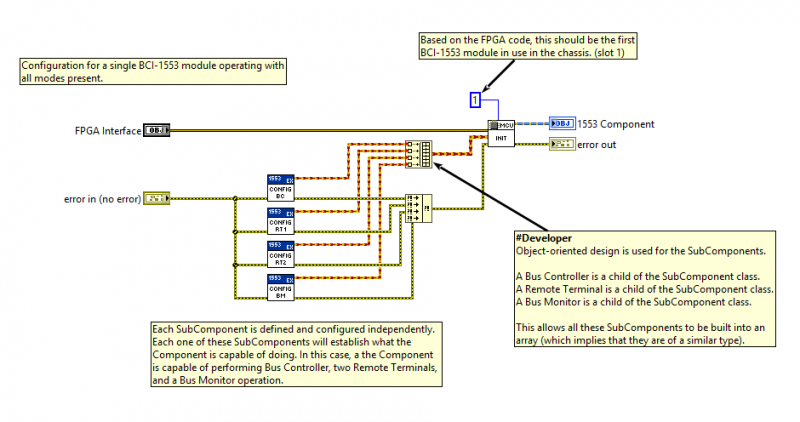 Figure 3 is an example of the parameterization built into the API. Data Fields are identified in a remote terminal subaddress configuration. Each Data Field will have an identifying name, the subaddress word it’s associated with, the size and location of the data field, and a resolution for converting between a floating point value and the raw data bits in the subaddress word. 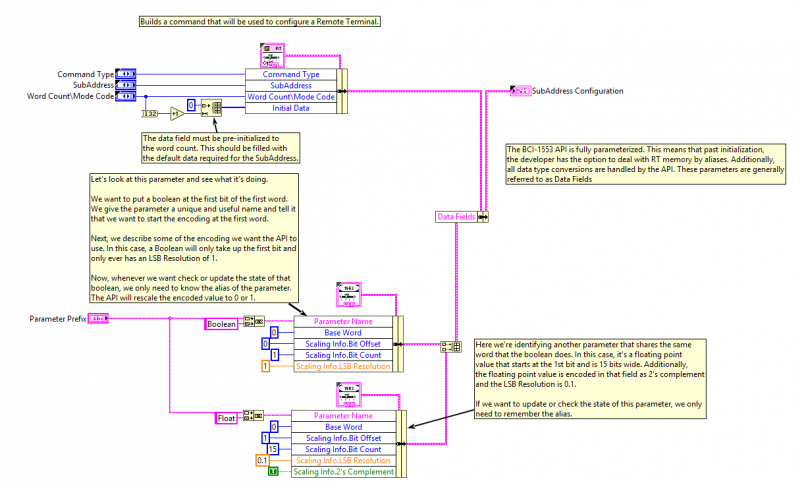